Gresham’s Law in Bitcoin to the Max – Cryptocurrency Australia 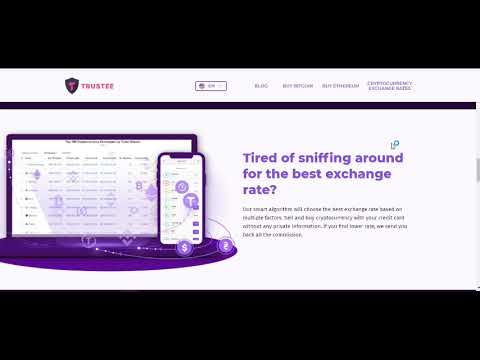 First, my background thoughts: I believe that key to the success of BCH is wider user adoption. But for widespread user adoption, we need orders of magnitude more merchants to be accepting BCH as payment for services and goods so that newcomers will see a compelling case of an ecosystem where they can use BCH in their everyday life, not in fringe cases. Having one or two merchants (in the best case scenario) within one's home city just won't cut it. Of course, in order for merchants to be accepting BCH, they need to see meaningful business in BCH, they won't go into all that trouble for the occasional monthly customer. And here is the problem: Unfortunately, even people that could be spending BCH with the merchants that are currently open to try this new currency often prefer to use fiat, that's Gresham's law in action. Way too many times I have read stories here of people noticing a merchant that is accepting BCH but they themselves did not give any business to said merchant.
I have seen this in myself also, as in the few cases when I had the chance to use either fiat or BCH, usually I chose fiat not for the convenience, but because I did not want to see my "BCH total" go down.
Of course, in order to combat this there is the "spend and replace" strategy, which I fully support. But it's hugely inconvenient to have to remember to go and buy BCH after you are done with your shopping, and calculate what you spent etc etc, I have never done it and I figure few people do.
So here's my idea: How about wallets have an automatic "spend and replace" option? For the bitcoin.com wallet it would be as easy as integrating an exchange.bitcoin.com account with the wallet. But it could get even better and more versatile for all wallets: With an initial setup of API keys and syntax settings from an exchange of preference, each wallet could offer this functionality, which I believe would do a great deal of incentivizing people to use BCH whenever they have the chance.
What do you think?

These days every time I receive Bitcoins I segregate them in two groups. If Bitcoins come from a known established source like Coinbase, it's one group of clean Bitcoins in my wallet.
If it comes from less authoritative sources, an example could be an exchange with loose KYC policies or such, I start thinking to myself if these Bitcoins hadn't been used in a suspicious transaction and the exchange was used to tumble them by bad actors before said exchange sent them to me. This second group of Bitcoins bothers me a lot. I don't like that the coins I save for a rainy day may have bad histories that can cause me trouble in the future and usually swap these inferior coins for Monero.
This absence of fungibility in Bitcoin directly affects my behavior in how I use the money. It could even be called a special version of Gresham's law, except it's reverse where Monero is actually better money in circulation. Some can call this paranoia, but I can't help it. In my mind there is a separation of Bitcoins into known good and possibly bad apples, and the latter is gotten rid of.
I suspect quite a few Monero enthusiasts who have been in this scene for a while have now got accustomed to this, but for users who've just joined recently this can be a new curious train of thinking they could/should/would develop.

Then, too, Gresham’s Law stipulates that “good” money will be saved, rather than spent. That is exactly what we see with Bitcoin. Forensic studies of transaction activity show the majority of Bitcoin investment is held, rather than traded or spent back into circulation. Investors tend to buy Bitcoin to hold it, forever, as a permanent store of value. limit my search to r/Bitcoin. use the following search parameters to narrow your results: subreddit:subreddit find submissions in "subreddit" author:username find submissions by "username" site:example.com find submissions from "example.com" url:text search for "text" in url selftext:text search for "text" in self post contents self:yes (or self:no) include (or exclude) self posts nsfw:yes (or ... Gresham’s Law And Bitcoin. Gresham’s Law states that “Bad money drives out good money.” Sounds odd if you’ve never met it, but what it means is that if one currency holds its value and ... Gresham’s law really says that “money overvalued artificially by government will drive out of circulation artificially undervalued money.” Donate Bitcoin to Max: 3DqEnU6dW6bZesrVdThrrQjQKgN7d… /r/btc was created to foster and support free and open Bitcoin discussion, Bitcoin news, and exclusive AMA (Ask Me Anything) interviews from top...