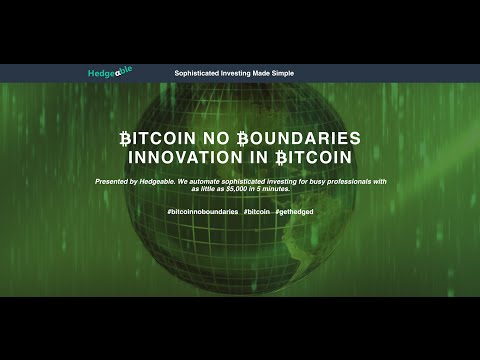 John Biggs, a writer for TechCrunch for 10 years, is creating a bitcoin company! This is definitely a good ally for the community to have, show him some love.

John Biggs, a writer for TechCrunch for 10 years, is creating a bitcoin company! This is definitely a good ally for the community to have, show him some love.

Bitcoin and a matter of trust - John Biggs - http://pbnj.io/40 via /bitcoin

How Many More Birthdays Until Bitcoin Wins?

John Biggs is CoinDesk’s multimedia editor. The views expressed here are his own.
Bitcoin just turned 11 and it’s worth looking at what this technology has achieved. First, some context.
Facebook is 14 while Twitter is 13. Linux is 28. The World Wide Web – the network you’re reading this on – is 30. TCP/IP is about 44 years old, depending on whom you ask.
If you’re into a bitcoin, you’re most likely 18 to 34 years old, according to pollsters at the Global Blockchain Business Council. And you probably joined the bitcoin party about five years ago and own some fraction of or even a full coin. Some of you own many, many more.
I’m about as old as TCP/IP. I’m part of the generation that saw computing’s evolutionary bloom. If you’re younger, you’ve gotten used to modern networking technology and you don’t remember a time when everything wasn’t done on a screen. You were there for the birth of bitcoin.
But on the 11th anniversary of the white paper’s publication, we face a question: How long must we wait until bitcoin becomes like Twitter or Linux, something you use every day? Ten years? Twenty?
Bitcoin, from the vantage point of pure adoption, has been a failure. But it remains a beacon, the best chance we have for truly shaking up the status quo and, ultimately, changing the way we interact with our fellow global citizens.
When will we be using bitcoin daily? When will the underlying technology embed itself into the fabric of our financial lives?
Shrug. We don’t know.

A billion people use Facebook every month. On Twitter, it’s 330 million. Both services ramped up quickly but really took off in the last few years. Linux is on 98 percent of servers worldwide – that took a while but ramped up after the dot-com boom. The web is everywhere, but that took a solid 20 years to happen.
How many people use bitcoin? It’s hard to gauge on a decentralized network designed for anonymity. For a rough proxy, CoVenture Research says there are “11.2 million bitcoin addresses that hold at least .001 BTC,” or about $9 worth.
That’s a big number, more than the number of people in New York, including the outer boroughs. Of course, a single user can, and often does, control multiple addresses. Yet if anything, this estimate may be too conservative. An April 2019 survey by Harris Poll, done for Blockchain Capital, found 9 percent of Americans – 27 million people – own bitcoin.
All told, it’s safe to say that if the crypto community were a country, it would be bigger than Belgium.
But it’s not 330 million and it’s not a billion. It’s enough that the average investor and programmer will take notice and it’s enough for Hollywood to consider the topic interesting enough for an awful movie. But 11 million in 11 years is not good for bitcoin.
If bitcoin were a startup it would exist in the Valley of Death. In the startup world, an app with 11 million users is strong enough to generate some revenue but not interesting enough to attract massive investment. Bitcoin is like that. It works, but not enough to turn heads outside of a vocal minority.
So where is bitcoin going? Is 11 million enough? How many more years until we get to mass adoption?
Another shrug. Another unknown. We see the forward motion every day on CoinDesk – the various small changes that add up to a story of a platform. (Or is it a movement?)
This points to the primary problem that bitcoin and the wider crypto ecosystem has to accept. Facebook and Twitter achieved those numbers through investments far smaller than bitcoin’s $165 billion market cap. Linux and FOSS endeared themselves to developers enough that they happily contributed their time freely. The web grows by itself because it is trivial to join the party.
Bitcoin exhibits few of those traits. Bitcoin startup investment is cold. The crypto ecosystem is insular and self-involved, difficult for outsiders to join. The network grows by fits and starts, driven primarily by Number Go Up. We are in a vibrant early stage in which everyone is a pioneer and there is no clear way forward. Infighting turns developer against developer while crypto clowns hog the mainstream media’s attention. Only a small, dedicated group holds the center together.
This is bad for bitcoin.

By all rights, bitcoin shouldn’t survive another ten years. All the things that made Linux and Twitter and Facebook and the PS4 and Netflix commercial successes cannot be seen in bitcoin’s rise. You can’t spin up an AI that can write Harry Potter novels on bitcoin.
Bitcoin doesn’t move the world’s financial markets the way Twitter does nor does it get the same scrutiny that Facebook does. There is no “bitcoin and chill.”
Yet it still exists.
You will argue that it’s unfair to compare bitcoin to all of those things. But bitcoin is both a financial instrument and a technical product. It is, like a startup, a work in progress, an alpha product that may graduate to beta with a little more time. It is a good idea that needs another summer or two to germinate.
When I first looked at Spotify, 13 years ago, I saw the future of streaming music that freed me from CDs. When I stuck a copy of Mandrake Linux into my Pentium computer in 1998 I saw a future of machines freed from paid software. When I look at bitcoin through the eyes of an uninterested programmer I see numbers and hype and scams. But when I look at bitcoin through the eyes of someone who wants to catch the next big thing, I see the possibility that one day, not too far in the future, it will make banking and commerce vastly different.
All of the other services and tools I mentioned above are reaching their apex. It’s all downhill from here. Bitcoin, to quote the Joker, is just getting warmed up.
Bitcoin is a slow burn, one that will take another five or ten years to really explode. And when it does it won’t be visible like Facebook or Netflix. It won’t be one level removed from our browsers, hiding just out of sight, like Linux. It will be ingrained in our lives, in the interaction between our money and the world. It will be the currency used between humans and robots and between robots and robots. It will become so useful that it will disappear.
Bitcoin is 11. Where is it going? When will it win?
Shrug. We don’t know. But, compared with everything that came before it, there is little out there to stop bitcoin and a lot of energy driving it forward. It’s only a matter of time.
Bitcoin 2014 image via CoinDesk archives