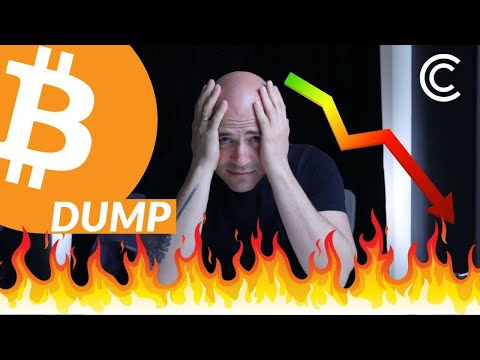 The Great Bitcoin Bull Market Of 2017 by Trace Mayer

By: Trace Mayer, host of The Bitcoin Knowledge Podcast.
Originally posted here with images and Youtube videos.
I just got back from a two week vacation without Internet as I was scouring some archeological ruins. I hardly thought about Bitcoin at all because there were so many other interesting things and it would be there when I got back.
Jimmy Song suggested I do an article on the current state of Bitcoin. A great suggestion but he is really smart (he worked on Armory after all!) so I better be thorough and accurate!
Therefore, this article will be pretty lengthy and meticulous.
BACKGROUND
As I completely expected, the 2X movement from the New York Agreement that was supposed to happen during the middle of my vacation flopped on its face because Jeff Garzik was driving the clown car with passengers willfully inside like Coinbase, Blockchain.info, Bitgo and Xapo and there were here massive bugS and in the code and miners like Bitmain did not want to allocate $150-350m to get it over the difficulty adjustments.
I am very disappointed in their lack of integrity with putting their money where their mouths are; myself and many others wanted to sell a lot of B2X for BTC!
On 7 December 2015, with Bitcoin trading at US$388.40, I wrote The Rise of the Fourth Great Bitcoin Bubble. On 4 December 2016, with Bitcoin trading at US$762.97, I did this interview:

As of 26 November 2017, Bitcoin is trading around US$9,250.00. That is an increase of about 2,400% since I wrote the article prognosticating this fourth great Bitcoin bull market. I sure like being right, like usual (19 Dec 2011, 1 Jul 2013), especially when there are financial and economic consequences.
With such massive gains in such a short period of time the speculative question becomes: Buy, Hold or Sell?
FUNDAMENTALS
Bitcoin is the decentralized censorship-resistant Internet Protocol for transferring value over a communications channel.
The Bitcoin network can use traditional Internet infrastructure. However, it is even more resilient because it has custom infrastructure including, thanks to Bitcoin Core developer Matt Corrallo, the FIBRE network and, thanks to Blockstream, satellites which reduce the cost of running a full-node anywhere in the world to essentially nothing in terms of money or privacy. Transactions can be cheaply broadcast via SMS messages.
SECURITY
The Bitcoin network has a difficulty of 1,347,001,430,559 which suggests about 9,642,211 TH/s of custom ASIC hardware deployed.
At a retail price of approximately US$105/THs that implies about $650m of custom ASIC hardware deployed (35% discount applied).
This custom hardware consumes approximately 30 TWh per year. That could power about 2.8m US households or the entire country of Morocco which has a population of 33.85m.
This Bitcoin mining generates approximately 12.5 bitcoins every 10 minutes or approximately 1,800 per day worth approximately US$16,650,000.
Bitcoin currently has a market capitalization greater than $150B which puts it solidly in the top-30 of M1 money stock countries and a 200 day moving average of about $65B which is increasing about $500m per day.
Average daily volumes for Bitcoin is around US$5B. That means multi-million dollar positions can be moved into and out of very easily with minimal slippage.
When my friend Andreas Antonopolous was unable to give his talk at a CRYPSA event I was invited to fill in and delivered this presentation, impromptu, on the Seven Network Effects of Bitcoin.
These seven network effects of Bitcoin are (1) Speculation, (2) Merchants, (3) Consumers, (4) Security [miners], (5) Developers, (6) Financialization and (7) Settlement Currency are all taking root at the same time and in an incredibly intertwined way.
With only the first network effect starting to take significant root; Bitcoin is no longer a little experiment of magic Internet money anymore. Bitcoin is monster growing at a tremendous rate!!

DON'T MISS OUT ON THE NEWS!


Want to stay updated on the most current news, market trends, and analysis? Subscribe to our daily SwissBorg Insider!

→ New Physically-Backed Bitcoin ETF Proposal Filed with SEC | NewsBTC A Bitcoin ETF has long been talked about but never got past the U.S. SEC. However, two firms might have come up with a solution.
→ 'Just Beware' Is All Jamie Dimon Will Say About Bitcoin - CoinDesk Jamie Dimon once called bitcoin a fraud – now he's saying "just beware."
→ Japan Blasts Crypto Exchange Execs in First-Ever License Rejection - CoinDesk Japan's financial regulator has formally issued its first denial to a business registration application filed by cryptocurrency exchange FSHO. → Mining Giant Bitmain’s CEO Wu ‘Open’ to Hong Kong IPO, Report Says The CEO of Bitcoin mining tech giant Bitmain has appeared to confirm he would be interested in conducting an IPO for the company in future.
Daily Performances
General Comment: Calm before the storm? The broad market continues to drift sideways in thin volumes, and with trading ranges narrowing by the day. Volatility has all but disappeared, but most likely only for the short term. Technicals indicate that a breakout is likely within the next several weeks, probably triggered by external factors ensued by a big gap move as participants try to capture the movement in a vacuum.
https://preview.redd.it/iw1qmpnzqx211.png?width=909&format=png&auto=webp&s=f8b2d5e9bd1d258e899c1e48e6dde1c6d63e5836
Technical Analysis - BTC
Bitcoin price moved higher and broke a major resistance near $7,650 against the US Dollar. The pair may correct a few points in the short term, but dips remain supported around $7,600. BTC/USD remains buy on dips near the $7,600 and $7,500 support levels.
https://preview.redd.it/m730hni2rx211.png?width=1344&format=png&auto=webp&s=637c208b5d6d11c39e72cde01d63171a53dd2a7d
---------------------------------------------------------------------------------------

→ Bitcoin in Brief Wednesday: German Banks Trade Cryptos, US Universities Invest in Crypto Hedge FundsAt least six German financial institutions are involved in cryptocurrency trading.
→ Coinbase Acquires Financial Services Firm to Become SEC-Regulated Broker DealerThe acquisition of securities dealer Keystone Capital Corp will allow Coinbase to become a fully regulated broker dealer by the US Securities and Exchange Commission (SEC).
→ Susquehanna Is Opening Crypto Trading, Starting with BTC FuturesSusquehanna International Group is opening cryptocurrency trading to its clients, initially in the form of Bitcoin (BTC) futures, the New York Times reported June 5.→ Why Does Blockchain Makes More Sense After GDPRWhile there could be some initial hiccups about complete compliance with GDPR, technology like blockchain offers a bright spot on the horizon.
Daily Performances
General Comment: The market continues to trade sideways in thin volumes, with BTC trading right around the 20DMA level. Technicals show a narrowing uppelower band (BTC USD7'000/9'000) that indicates a breakout in the near future, and when it does the the low volume/low volatility environment could change drastically at least for a short while.
https://preview.redd.it/iu8spgnwgk211.png?width=907&format=png&auto=webp&s=8706108c4dd87265a517ec9039cb5eef329d2bf7
Technical Analysis - BTC
BTCUSD is locked in the 7'700-7'000 range, if it manages to break above 7'700 we would expect to test 8600, if it breaks 7'000 we expect an important fall to below 6'000
https://preview.redd.it/btss3i91hk211.png?width=1344&format=png&auto=webp&s=859ffb619003919d6cf45194870dd442f3ca7154
-----------------------------------------------------------------------

→ LinkedIn Co-Founder Is Raising $20 Million for Token Project - CoinDeskOne of the co-founders of LinkedIn is raising as much as $20 million in a SAFT sale.
→ OKEx Latest Industry Giant to Launch Cryptocurrency Index FundOKEx has become the latest industry giant to launch a cryptocurrency index fund.
→ Crypto Exchange Coinbase Plans Expansion With Japanese OfficeCoinbase Inc., one of the largest U.S. digital-currency exchanges, is expanding into one of the world’s hottest crypto markets.
Daily Performances
General Comment: The broad crypto market drifted sideways to slightly softer overnight. Market cap is at USD330 billion. We continue to see more of the same - low volumes, extremely low volatility and high correlation across currencies. Yesterday we failed to reach short term upside targets for confirmation of longer term consolidation (BTC USD 8000, ETH 650). On the news front, lots of news coming out from the crypto exchange business in Japan with regards to both new entrants (HitBTC, Coinbase) The move reflects the overall trend to be compliant with local regulation, which is healthy for the long term.
https://preview.redd.it/nd2kkmmbac211.png?width=920&format=png&auto=webp&s=e5e95fdb01d33841116e3b59a66d3df62ad9cf4d
Technical Analysis - BTC
BTCUSD is locked in the 7800-7000 range, if it manages to break above 7800 we would expect to test 8600, if it breaks 7000 we expect an important fall to below 6000.
https://preview.redd.it/lgpzm2ckac211.png?width=1344&format=png&auto=webp&s=83b4eb9d9d78a43ef68ea59b956322c4be7001d7
------------------------------------------------------------------------------

→ Initial Coin Offerings Have Already Topped 2017's Record PaceSales of digital tokens by technology companies this year have already surpassed the record amount raised in all of 2017.
→ The EOS Blockchain Launch: What Should Happen (And What Could Go WrongThe world's fifth most valuable cryptocurrency is set to formally release its software this weekend.
→ Cryptocurrency Exchange Hitbtc Suspends Services in JapanHitbtc has suspended its services for Japanese residents to avoid any trouble with the country’s financial regulator since it is not authorized to operate in Japan. → Binance Reveals Plan for $1 Billion Blockchain Startup FundBinance has announced it is launching a $1 billion "Social Impact Fund" to foster the growth of blockchain and cryptocurrency startups.
Daily Performances
General Comment: Over the weekend the broad market recovered steadily but in quiet trading. What appears to have been an ETH led sell off last week has reversed nicely (as can clearly be seen in ETH/BTC back to 0.08), with BTC holding the critical USD7000 level and now testing the “all clear” point of USD 8'000. The equivalent ETH level to the upside is around USD 650, both of which broken above indicate a possible test of higher ranges. XRP appears to have fully recovered this level.Developments in “off-chain” markets and mounting concerns of European sovereign debt continue to be the next possible catalyst for crypto markets.
https://preview.redd.it/7s6p0le0yx111.png?width=873&format=png&auto=webp&s=5822c471a38c39452c016c79bfa58bed017e17e5
-------------------------------------------------------------------
Many thanks to Mariem @SwissBorg for providing us with THE latest news.
Disclaimer: Insider aims to provide our community with updates and information regarding financial markets and the blockchain world.This is our way of communicating with our community. It is meant to be used for informational purposes not to be mistaken for financial advice.Our opinion, when shared, is just that, it may not apply directly to your individual situation. Any information gleaned here is to be used at the readers' own risk, SwissBorg does not accept any responsibility for individual decisions made based on reading our daily blog. Any information we provide on our daily blog is accurate and true to the best of our knowledge, there may be omissions, errors or mistakes.
Copyright © 2018 SwissBorg, All rights reserved

The complex network of fraudsters and money laundering!

LightSpeed Venture Partners, based in Menlo Park, California, announced on Nov. 18 that it would invest $5 million in BTC China, now the world’s largest Bitcoin exchange by volume. Chinese Hosts Bitcoin; Markets; Charts; About. Oct 24, 2020 17:45:36 (UTC) Advertise on Bitcoincharts. Pricechart; Volume comparison; Symbol Time Period. Custom Time — < day > Chart Type. Price Band. Moving Averages. Technical Indicators large indicators. Options Show Volume Bars Volume in Currency Parabolic SAR Log Scale Percentage Scale. Link to this chart · Larger chart. This chart is licensed under a ... Bitcoin Full Node on AWS Free Tier Provisioning. Launch one T2 micro instance, using Ubuntu 14.04 LTS AMI. Open SSH and Bitcoin Protocol TCP ports: 22, 8333. The most popular online exchange for trading digital currencies is generating a surge in customer complaints this year even as investors are lured by a dramatic rise in prices. Bitfinex.com is one of the oldest and most popular bitcoin trading exchanges in the world. They have developed an excellent user interface that makes navigating your account near euphoric experience. Utilizing the latest in 2-factor authentication technology and a sophisticated cold storage system to keep all user funds safe, Bitfinex is well known as one of the most trusted bitcoin exchanges.