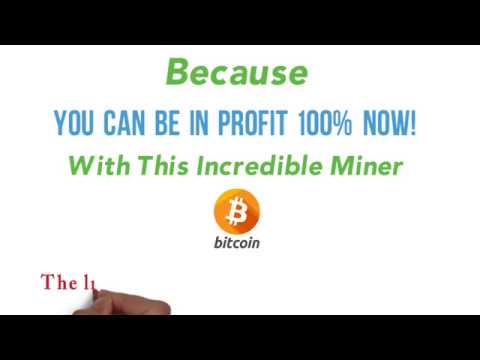 Crypto Musings on Our First Birthday

Crypto Musings on Our First Birthday
as fast as I an type . . .
I have been studying cryptos seven days a week for almost a year. One of our members has been mining for 52 months. We are busy with development, but my primary interest is political theory and psychology. For me, the most interesting thing about it all is not the money, but the theory!
There are plenty of players who've been around longer; but with respect, most are not oriented to analysing cryptos as a phenomenon.
Here are some random observations:


It's still early early days. Time is fore-shortened amazingly. We are still laughing at ourselves because we thought in May 2013 that it was all over! The 52-months miner recalls when there were only 5 coins in existence.

For example, I guessed that 'the Mazacoin thing' would happen. But we sure didn't guess that weeks later six coins in the top forty would be 'nationals'; and then that just weeks later they would already mostly be where Greece Coin is this morning.
You can have a stab at trends (like 'nationals'); but estimations of their careers is almost impossible. So, be 'overtly theoretical.' Think big as a company policy.
(For example, IndiaMikeZulu has an in-house physical alternative currency backed 50/50 by silver bullion and Litecoin.)
Almost every utterly loony idea that we have touched upon has turned up in some coin or other.


Develop alliances with people you truly trust. There is far far far far too much data in this game for any one person to hold their own. My business partner holds all our coin, and does all our trading and tech stuff. I do all the development work -- all day on the phone. Our miner mines what we ask him to, and sends us a bill.

Know who you are!!

The crypto world has far far more than the average of lying scuzbag bastards. And the generally weak social skills of Net people exacerbate this problem: high volumes of low-quality 'info' in threads that get left behind by people who have charged off to The Next Big Social Media Instrument.
The crypto-sphere is under the sway of irrationalists and scammers and whales and pump-n-dumpers; and if you are oriented to cryptos as being 'transactional' rather than speculative, you had best consider this problem at length.


Once upon a time, Bitcoin was God, holding well over 90% of total crypto market-cap. Then coins began to sprout like mushrooms. Late last year, I was fascinated to note that Bitcoin's share of total cap had dropped to 75%.

Now grab a calculator. Bitcoin-plus-Top-Four holds well over 90% of cap today. Crypto money has 'backed up against' the Bitcoin pole. Money will surge back into altcoins when Bitcoin surges again; but big picture? When a tadpole becomes a frog, the head gets bigger . . . and the tail drops off!
I recall a day last December when six coins debuted on coinmarketcap in one day. About then, I wrongly predicted that the end of the altcoin proliferation must be imminent. We had Tittiecoin and Potcoin and other such lightweights falling like rain.
Yes, I was horribly wrong -- or was I?


Ten months ago, there existed a 'level' on which new coins existed for sometimes months before they got a listing on Cryptsy, then on coinmarketcap.

That is, a coin was created; then its development began; it struggled for months to get a listing on a small exchange -- there were so few exchanges!! -- then WHAM!! -- debut on Cryptsy/coinmarketcap.
But the proliferation of exchanges has changed that. Many new coins sort of 'dribble' onto the scene, with a listing on two exchanges on Day One . . . but no volume or price. Or ethics. Or community. Or development-plan.
Shun these coins!! They embarass us all -- but do so civilly. Our historians will see us -- quite rightly -- as overwrought characters shouting rude words in size-400 fire-engine-red letters upon all too little provocation.
The earlier reality pressured coin-creators into making coins that would survive that period on that 'level'; but now coins of no quality at all can be launched because that constraint is no more. Scam coins were more likely to be run to ground in the earlier model -- although now people are much better able to recognise Dross Coin for what it is.


The whales remain The Biggest Problem. It may be that they are an aspect of the nature of it all -- but that's not the same as not working hard to constrain them. Don't forget that whales can wait for years, then reap immense profit.

Those with political backgrounds outside cryptos understand this phenomenon. It is the 'trusts' of the U.S. in the 1930's. It's the oligopolies of the present global banking-system.
Over time, I suspect that a movement will produce coins aimed at taming this problem (I have one theorised, ready to go today, in the closet.).
Think of it this way, if such a reality of 'insider trading' existed in the Real World, libertarians would be squealing like pigs about it.
In short, many cryptos are now 'de facto centralised.'


There is a need for more 'people-ness' in the crypto movement. We used to joke in the Regular Army about the Mythical Foo Foo Bird, which flies around in ever smaller circles until it disappears up its own arsehole. Speaking as an outsider to the Net -- 'on' it but not of it, so to speak -- I note how truly fantastically divorced from normal human society many of the denizens and development tactics are. XXX sites and drug-selling sites and computer-equipment sites are not the be all and end all of crypto use -- it's the foo-foo bird. It's time to take cryptos to the streets.

The citizens of the western world are nearing some sort of social implosion:

peak oil, peak soil, peak water, peak people; debt, militarism, 'social incoherence,' climate change (whether it's us or not) -- and did I mention debt?
The Internet isn't goin' away -- but think about whether it is a fact of social affluence? or serving more basic functions?
The libertarian crypto-coiners should be all over this. They stand to gain enormously by positioning cryptos to be central to a post-affluence Net environment.

once upon a time, Bitcoin hadn't been discovered. Then it had -- we bought our first Bitcoin for $125; but I spoke to a business person who sold a bunch of cows for 100 BTC @ $45. You can guess which day he cashed out!
The following is clear, and should serve to maintain the spirits of all right-hearted crypto-folk:
if you 'strip out' the 'knocks,' the price of cryptos has gone up. Simple as that!!
Indiamikezulu came onto the stage with wide eyes and a tiny budget and a commitment to the politics. For a while, it all just seemed chaotic (and we traded the chaos. It's amazing how many people don't count fiat currency in their arsenal. Always have some fiat currency ready to buy in when Shit Happens!!).
What sustained us was the steady proliferation of Stuff That You Could Buy with Cryptos. The list, on Our Day One (in Australia) was almost nothing. (and we recall when a third coin became tradeable in fiat!! Wow!!).
Think of (a) places where you can spend cryptos, and (b) more public knowledge of cryptos, and (c) more technology to move cryptos about -- like ATM machines -- as 'the base' of the crypto-phenomenon 'pyramid.' Think of the rise and fall in crypto market-cap (prices) as the 'height' of the pyramid.
Well, the long-term equation is:
governments will 'smack down' cryptos as hard as they dare to, and prices will rise and fall on that basis ('height of the pyramid'); but the primary indicator is the 'width of the base.'
Check today's coindesk.com articles. Bitcoin fuel pumps? La Maison du Bitcoin? Pryptos? Venture Capital flowing in? A year ago, that would have been simply unbelievable. 72 months ago, they'd have put you in a rubber room for sayin' it out loud!


Don't focus on cryptos as 'currencies.' Focus on them as 'currencies/technologies.' It's the technologies that will ultimately facilitate their mainstream acceptance (other than the 'dark' aspects . . . ).


The other half of this is the irationalism of My Coin. Those who choose to 'stand back from it all' can see this plainly.

In a strictly logical model, everyone would segue from old coins to new coins, and simply dump the old ones -- as we do with cars, music systems, tv's, planes, toasters, and washing machines. But humans get attached to stuff, so there will be a weird interplay between sticking with My Coin, and moving to Better Coin.


This brings us to 'coin disposition.' We work very consciously on the 'Suite-of-Coins Principle.' No one coin is going to 'win.' So, have a cool-headed policy whereby you 'dispose' your holdings in a number of currrencies.

For example, Doge is a great coin. I love Dogecoiners -- but I wouldn't want my superannuation invested in it.
Tiny-cap coins fascinate me (for the libertarian aspects); but you wouldn't use one in a commercial-development project simply because they lack the volume you need to jump from cryptos to fiat.
Coins like Ether might hardly exist at present, but we feel strongly that we can't afford not to hold some.
We took a knock on some of these 'post-Gen-1' coins that we felt that we had to hold; but we came out ahead. Our insight is:
if you break even on 6 out of 10, and lose a packet on 1 out of 10, the last 3 will leave you way way ahead.
So, do think about being a 'crypto-coiner' rather an 'X-coin person.' Change is the only constant.
Finally: Be the Bourse!!
Speaking as a political theorist, I find it strange/entirely predictable that the crypto thing went so fast from the doggedly peer-to-peer nature it had when a pizza cost 10 000 Bitcoin to the centralised model we have now.
Imagine you were in China -- or India or Russia (or Lebanon or Iceland or or or . . . ). By developing a 'diffused' model,' you would have cryptos in use exactly as cryptos would be in use in the libertarian model: the slow-motion 'price discovery' of community exchanges tames volatility. Peer-to-peer trading strengthens community. It helps to shield cryptos from the state.


When you are explaining crypto security to newcomers, be careful to separate the nature of exchanges from the cryptographic security of the currencies in general. Automated exchanges are a luxury not a necessity. They are an instrument of speculation.

Recall that the collapse of Mt Gox had nothing to do with cryptographic currencies. It had to do with a 'superstructure' of shoddy exchange architecture.
(Who noticed that Australia's NAB bank cited Mt Gox as a reason for its position on cryptos -- but wait!! What does Mt. Gox have to do with people who trade fiat-to-crypto for businesses? or just as a hobby? or as development of the technology? Answer: nothing!!)
Thank you for time.
Mark

What do you need to mine one Bitcoin BTC coin in 2020? Let's review Bitcoin mining profitability and what BTC mining rigs you would need to mine an entire co... New free Cloud mining Sites 2020 Bitcoin mining Calculator 2020 Clowerty site live Withdraw Proof Site link: https://bit.ly/3iM3Iup Whatsap no link: http... Bitcoin and cryptocurrency mining explained with the Byzantine Generals Problem. We use it to explain the essence of cryptocurrency mining. https://www.udemy... The Long-awaited bitcoin mining calculator is now here don't read below or else If you turn on the 🔔 i will be very happy please im begging you ---[👌]-[socia... bitcoin calculator http://www.vnbitcoin.org/bitcoincalculator.php